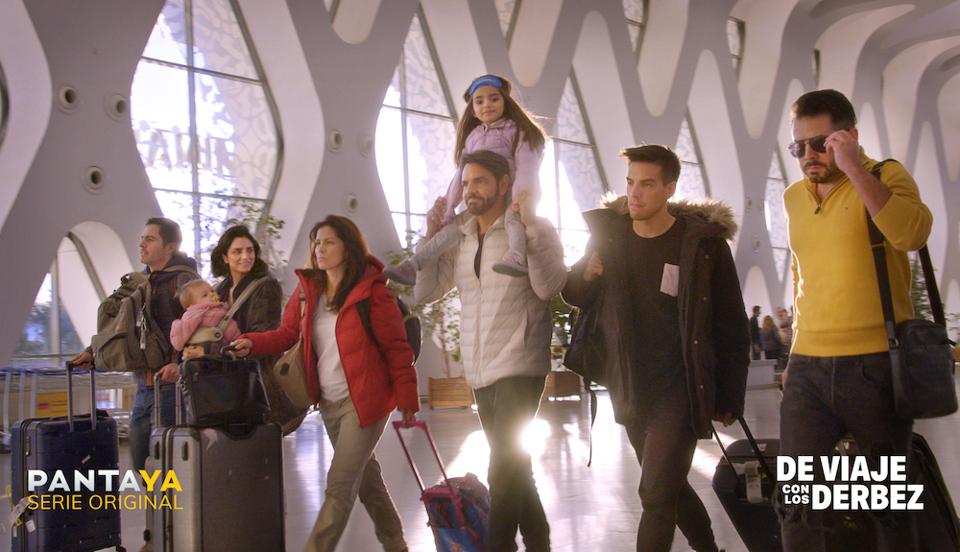 For the first time ever, the Derbez family hits the road on a wacky, ambitious vacation. … [+] Destination: Morocco.

Eugenio Derbez may not be widely recognized yet in the U.S., although that may soon change due to him landing more high-profile acting roles, but he is famous in Mexico and well-known by millions of Spanish-speakers familiar with his work.

Derbez, star of international hit Instructions Not Included and last year’s Overboard remake with Anna Faris, also has a celebrity family who reach almost 70 million followers on social media combined. And now, fans will be able to get an inside look at what makes the Derbez clan tick on a new reality show called De Viaje Con Los Derbez (Derbez Family Vacation).

Big family vacations don’t always go as planned and can even be a bit stressful, especially when not everyone has the same interests. That’s a lesson the Derbez family learned during a trip that tested their boundaries and patience.

This is the first time the entire family is together in the same place at the same time for a vacation adventure and are all part of the same television project.

“This is historic. We’ve always been close, despite being an atypical, dysfunctional family, where my children are from different mothers. But now that they’ve grown up and they each have their careers, it’s been really hard for all of us to get together. I got the idea of doing this trip, because I thought if we don’t try hard enough, we’re never all going to be together. But I have to admit this trip wasn’t easy,” says family patriarch Derbez. “When they [PantaYA and Lionsgate executives] asked to document our trip, we weren’t sure about doing it. But they promised that if we didn’t like how it turned out, it wouldn’t air, so we allowed the cameras in.”

Camera crews and the family itself, using their own cellphones, captured intimate moments, confessions, family quarrels and comical situations during the ambitious trip. You can’t help but laugh at some of Derbez’s antics and the demanding schedule he tries to impose on his incredulous family.

“I am a control freak,” he admits.

“Being the one in the family that didn’t want to be part of this at all, I have to say I’m happy with the result,” shares his wife Alessandra Rosaldo. “It’s entertaining, it’s emotional, it’s real. We show that we’re not this perfect family that everybody thinks, or the perfect marriage everybody believes we are.”

Despite some difficulties, the travelers admit it was a positive experience.

“We connected in a way we never did before. I think we’re the ones that bonded the most,” say José Eduardo and Vadhir, who bunked together during the trip.